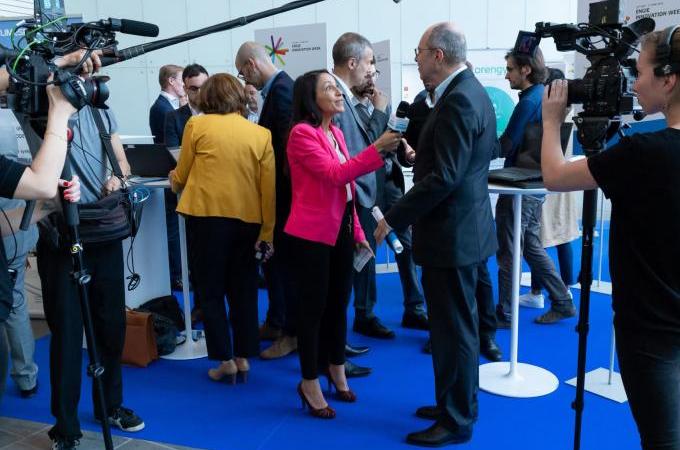 Mexico's Ministry of Energy (SENER) has issued three exploration permits to ENGIE, a global energy company, and Reykjavik Geothermal, an Icelandic geothermal development company. These permits authorise their holders to spend three years exploring geothermal resources located in three zones, each measuring 150 km2, in Sangangüey (in the state of Nayarit) and in Cerro Pinto and Las Derrumbadas (in the state of Puebla).

This major step forward in the development of geothermal energy in Mexico follows the signature of a cooperation agreement on December 7, 2015 between ENGIE, through its wholly owned subsidiary Storengy, and Reykjavik Geothermal, geared towards obtaining and jointly developing Mexico's concessions and geothermal exploration permits.

Both efficient and economical, geothermal energy is a renewable, non-intermittent and eco-friendly source of energy that uses heat from deep underground for heating, power generation and even air-conditioning systems. It is the main activity of Reykjavik Geothermal and one of the components of the energy transition in which ENGIE intends to become a world leader. ENGIE is a leading producer and supplier in Europe of geothermal energy for the heating and cooling of residential or commercial facilities, using various geothermal sources.

The Mexican Energy Reform has effectively opened up the electricity market and is encouraging private investors to participate in power generation. With the greening of the energy mix, this reform opens the door to the development of the country's abundant geothermal resources.

We are very confident regarding the potential of those areas, in order to develop carbon-free projects, which are at the heart of our strategy.

Accordingly, the Mexican Ministry of Energy (SENER), the Mexican Development Bank Nacional Financiera (NAFIN) and the Inter-American Development Bank (IDB) jointly backed the development of a programme designed to curb the risks of exploration. This has played a key role in attracting private developers and will be a key element in helping the various actors to overcome the barrier to exploration in the domain of geothermal development.

ENGIE, primarily through its subsidiary Storengy, and Reykjavik Geothermal are convinced that geothermal energy is destined to play a major role in Mexico's energy mix. To make geothermal energy all the more competitive, these companies are working on a full reflection of the geothermal sustainable and baseload values in the pricing.

With these three licenses granted, Reykjavik Geothermal reinforces its position in the Mexican geothermal market

Thanks to their complementary know-how, ENGIE, through its subsidiary Storengy, and Reykjavik Geothermal will jointly continue the exploration programme for each of the three awarded permits.

Granting these exploration permits to a partnership between France and Iceland marks a major step in the implementation of the geothermal energy reform since they are the first 100% foreign capital companies to invest in the Mexican geothermal industry.

About Reykjavik Geothermal
Reykjavik Geothermal (RG) is an internationally active geothermal development company focused on power development in regions which have significant yet often under-developed geothermal resources due to technical, policy and financing challenges that have historically hindered the development of geothermal. RG is active in several regions primarily in East Africa, Asia and Latin America in many cases commonly associated with the “ring of fire” while selectively exploring opportunities in the Middle East, US and Europe.
Reykjavik Geothermal is active in Mexican geothermal business since 2011, with the participation in Ceboruco project in the state of Nayarit. RG and its partners have been awarded by SENER one of the first two private geothermal exploration permits in the region of the Ceboruco volcano.

About ENGIE
ENGIE develops its businesses (power, natural gas, energy services) around a model based on responsible growth to take on the major challenges of energy’s transition to a low-carbon economy: access to sustainable energy, climate-change mitigation and adaptation, security of supply and the rational use of resources. The Group provides individuals, cities and businesses with highly efficient and innovative solutions largely based on its expertise in four key sectors: renewable energy, energy efficiency, liquefied natural gas and digital technology. ENGIE employs 153,090 people worldwide and achieved revenues of €66.6 billion in 2016. The Group is listed on the Paris and Brussels stock exchanges (ENGI) and is represented in the main international indices: CAC 40, CAC 40 Governance, BEL 20, DJ Euro Stoxx 50, Euronext 100, FTSE Eurotop 100, MSCI Europe, DJSI World, DJSI Europe and Euronext Vigeo (World 120, Eurozone 120, Europe 120 and France 20).