Can hydrogen help us achieve our decarbonization goals?

Catherine Gras about hydrogen and its potential 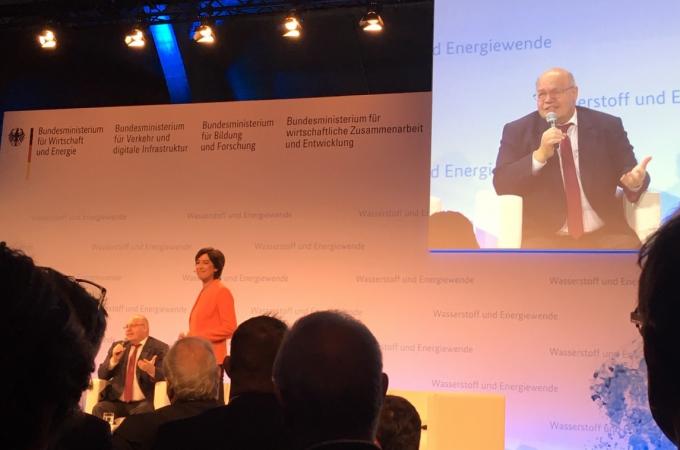 On the 5th of November, four ministries convened a stakeholder meeting to exchange on hydrogen and its contribution to the energy transition in Germany.  700 participants were gathered in Berlin.

„Gas is sexy, … hydrogen is super sexy“: this was the introduction from Peter Altmaier, Federal Minister for Economic Affairs and Energy, referring to the words „Gas is sexy” he used about the recent Gas Dialog 2030.

Two or three years ago, this type of event would have been with limited audience and mostly with industry and academic experts. Why is hydrogen becoming so popular in Germany and in other countries in Europe?
My personal view is that using hydrogen has various benefits and that we need to invest now in these projects:

Most if not all of the Länder in Germany have now their own regional hydrogen strategy.  As expert, Storengy has been involved with one of the five Länder from the North of Germany who published their common strategy early November.
On the 8th of November, the Bundesrat has put some additional pressure on the Government by reiterating the importance of green hydrogen in the decarbonization of the German economy.

Although many projects will be conducted at local or regional level, everyone is now expecting the Bundesregierung to publish its own strategy. Following the disappointing announcement on the cost of CO2 some weeks ago, there are rising expectations on the measures the government will take to unlock the potential of green hydrogen.